Cost of doing business in Edmonton

Edmonton was ranked by KPMG as having the 2nd lowest business costs among North American cities with population between 1 and 2 million. The province of Alberta has no provincial retail sales-tax, no provincial capital taxes, no payroll taxes (including no health care premiums), and the lowest gasoline tax amongst Canadian provinces.

Complete Database of Businesses in Edmonton

Where Canadian Businesses Are Located 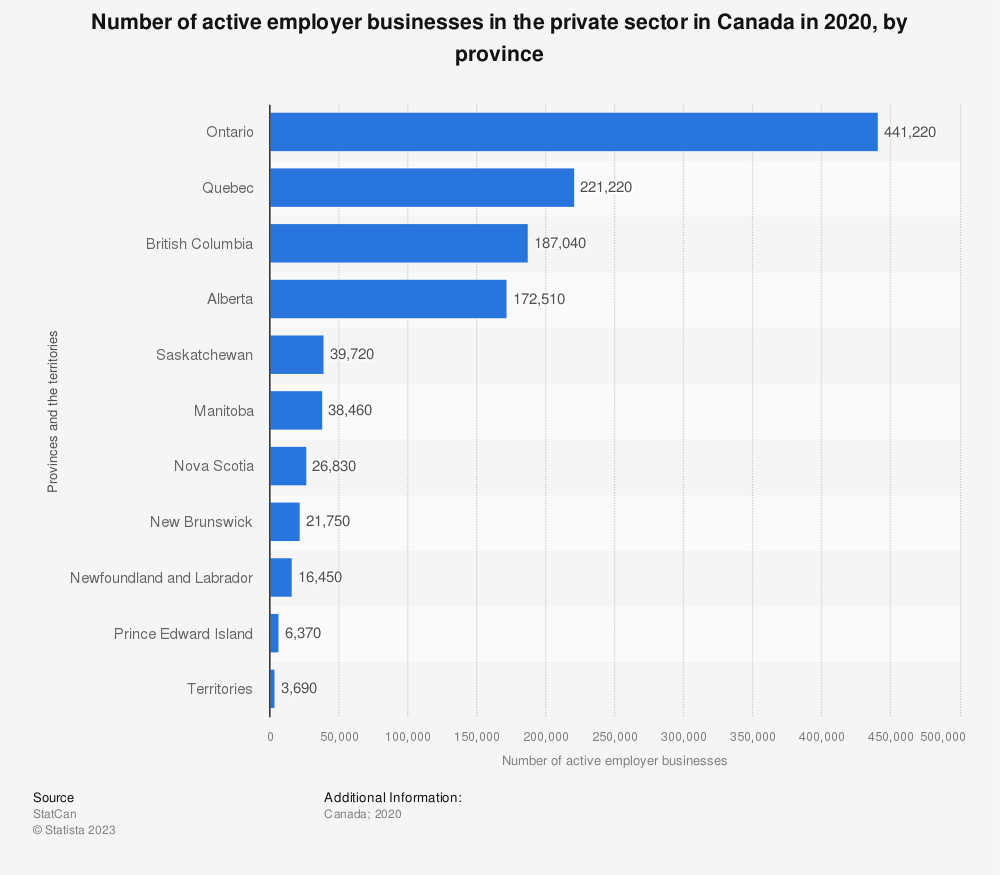 Some of the other statistics,